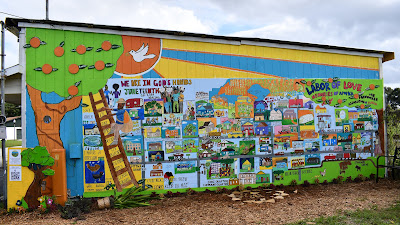 On Sunday, November 1st, the community of Apopka gathered safely to celebrate the completed project of the historic Apopka mural, “Labor of Love.” Local residents had been working tirelessly on the project for over a year, and were finally able to unveil their labor to the community. 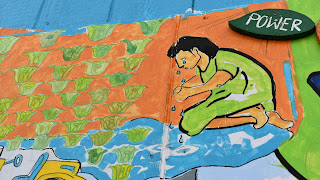 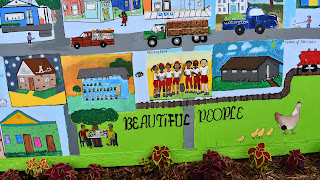 Many Apopkans came out to the event, including City Council members and candidates for Seat 2. PPE, such as face masks, were distributed to those who arrived without them. Colorful kites soared above the socially distanced crowd, and a drum performance brought smiles to a lot of faces. Food was provided as well, making the event a time of community enjoyment in a period where such gatherings have been lacking. 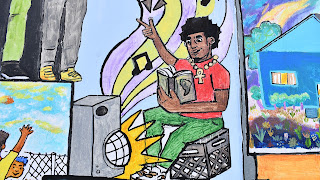 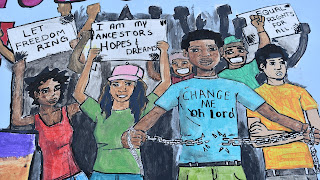 The mural, which is located on the western side wall of the Big Potato Foundation in Apopka, depicts various scenes of the day-to-day life that older residents remember. Interviews were conducted with long-time Apopka residents to hear their stories on the history of their town. QR codes were incorporated into the mural so that when onlookers scan the codes with their smart devices, they will be able to listen to the oral histories themselves. 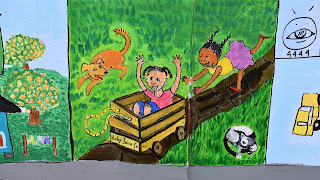 Head artist Linda Lee addressed the audience, discussing what the project meant to her. She wanted to create something that would last, something that could stand in to tell the stories of Apopka long after its original residents had moved on. “This mural is a legacy of hope for me,” she says. Lee believes that it is important for the younger generations to learn their history, to know their roots. She wants Apopkans to be proud of their hometown, and to want to work on the community together. In fact, that’s why she chose to name the mural what she did. “We cannot be selfish in this world,” Lee states. “‘Labor of Love’ means we need to pour out the love towards each other.” 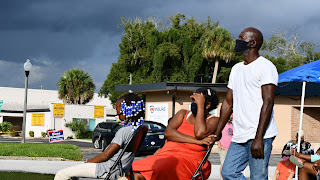 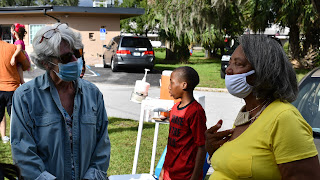 A huge thanks to all of Linda’s grandchildren and great-grandchildren, who not only contributed to the artwork, but spent countless days in the sun, heat, and rain in support of the work on the mural.  Thank you to all of the many community members, artists, and volunteers who contributed so much to both the vision and the creation of this project.  ‘Labor of Love” was truly a community project!

Funding for the mural was through the Florida Department of State Division of Cultural Affairs and through generous donors who donated to our Ioby online fundraiser. 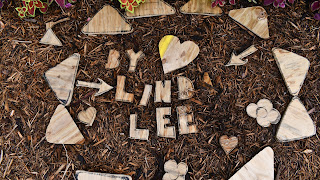