Last week, mural artists Linda Lee and Sarah Downs were able to meet with Apopka, FL native Leroy Bell to discuss the history of Apopka, and the changes that the community has faced over the decades. This interview was conducted as part of the oral histories the Farmworker Association is collecting for our Lake Apopka Farmworker Memorial Mural project. 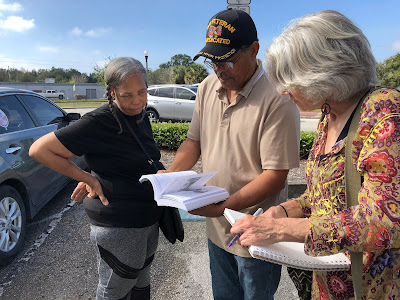 Leroy has lived in Apopka his whole life, and together, he and Linda were able to reminisce about the community throughout the later half of the 20th century. Linda and Leroy discussed all the local, black-owned businesses that used to exist throughout Apopka, and all the personality and liveliness that was brought into the community through their presence. The pool houses, candy shops, theaters, furniture stores, and neighborhoods that existed made Apopka a close-knit community where you knew your neighbor, and they knew you too. 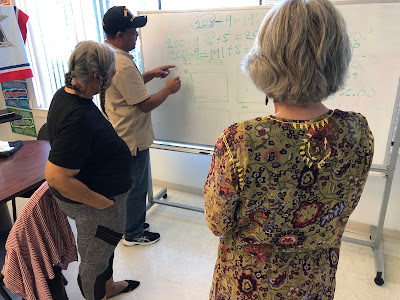 Leroy provided great stories, memories, and locations throughout Apopka to help inspire the art for the Farmworker Association's ongoing mural project. In addition to Leroy's history, we also had the opportunity to interview Mary Beckett, a former Lake Apopka farmworker who still lives in Apopka. Mary told us about her life in Apopka and before she moved here. Born to a sharecropping family in Alabama, Mary moved to Apopka as a child and spent her entire life as a farmworker for different farms and nurseries. The interview revolved around her every day life growing up, and the hardships that her family faced. She was able to reminisce about the old Apopka community, mentioning that every time they got paid she would make a stop to the 10 cent store to buy nail polish and candy. 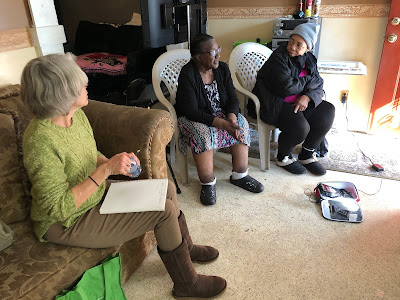 We are continuing to plan interviews with former Lake Apopka farmworkers, as well as their families so we can include the perspective of multiple generations on the community mural. If you know of anyone who is interested in participating in the Lake Apopka Farmworker Memorial Mural, please call our office at 407-886-5151! To learn more about our mural project, click here visit the donation page.

Additionally, the Farmworker Association was happy to host a toxic tour on January 23rd with members from St. Luke's United Methodist Church. The tour was eye-opening for those in the group; many had spent their entire lives in Apopka but they did not know the extent of the pollution in Lake Apopka. Visitors were able to reminisce about how clear and popular the lake was when they were growing up, but now it is impossible to see through and not a single person can be seen boating. Toxic tours provide important information to the community, keeping alive the real history of Lake Apopka by remembering the strength and resilience of the farmworkers. 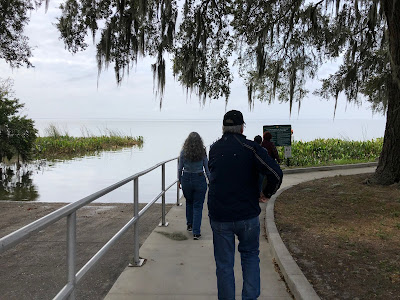 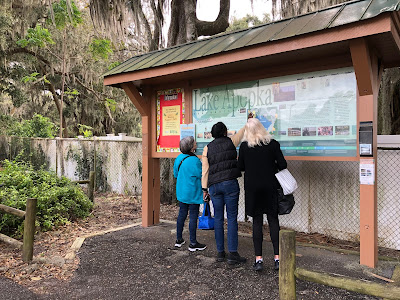 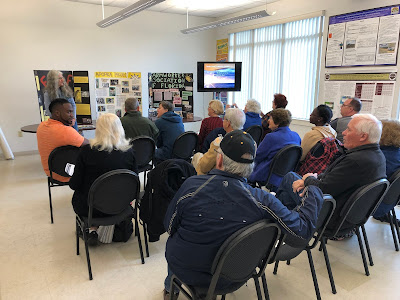