For the past few weeks, the Farmworker Associaton of Florida has had the pleasure of participating in a community engagement course at Innovation Montessori Ocoee. Former AmeriCorps member and now-teacher Lashae Copeland invited FWAF to participate in several courses to help teach a group of seventh graders about farmworkers in the community. 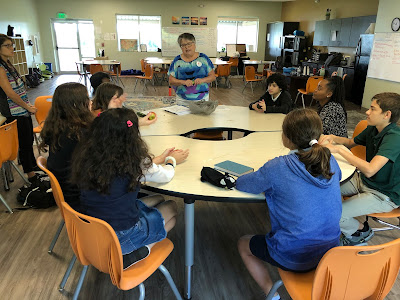 The first class was led by Dale Slongwhite, author of Fed Up: The High Cost of Cheap Food. She began the class by asking the group of 12 and 13 year-olds a simple question, "Who here eats?" The simplicity of the question seemed to throw off the students, a few of which needed reminding to raise their hands. From that question came deeper ones. As Dale pulled avocados, tomatoes, apples, cucumbers, spinach, and a carrot out of a bag, she asked the students, "do you know where these fruits and vegetables come from?" Once again, the students seemed stumped.

The students already understood that grocery stores are a location where community members can purchase produce, but when we asked how the grocery stores got their food, there was silence. From there, Dale was able to guide the students through the process of how food gets to their dinner table. When discussing farms, Dale introduced them to the definitions of "farmers", "crew leaders", and "farmworkers". 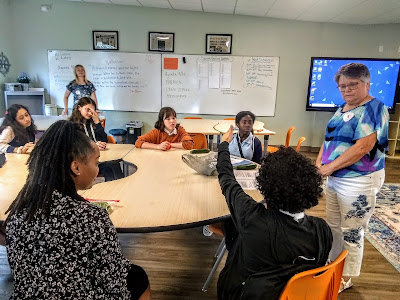 As students became familiarized with the difference between a farmer and a farmworker, they quickly realized that a farmworker would have to work in dangerous, exhausting conditions considering the physical labor and harsh heat that the job would bring. We then showed them a timeline presentation of the Lake Apopka farms. Even though many of the students knew Lake Apopka was nearby, none of them knew about the sordid treatment of the farmworkers and environment of Lake Apopka. 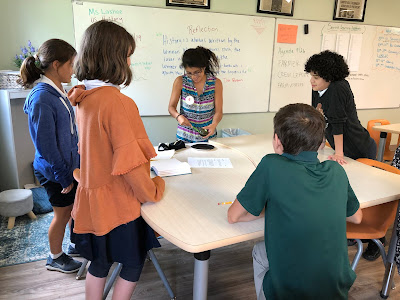 After learning about the history of the Lake Apopka farms, the students separated into breakout groups to discuss different scenarios that would highlight the struggles of farm work. From the exercise, the students reflected on every day situations that are impacted by farmworkers. For example, one group discussed how every single item on a fast-food hamburger would get to their hands. They realized that everything, from the bread to the lettuce and the burger, would need to pass by human hands in order to make it to themselves. 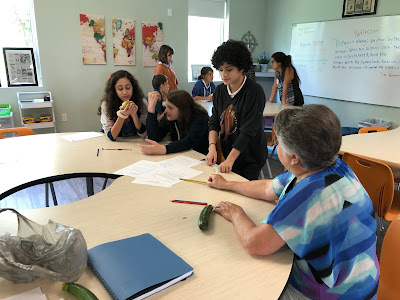 As the students learned more and more about the process of obtaining food and the jobs of farmworkers, the question came up as to how they were treated for their efforts. When we told them that farmworkers are often the victims of harsh treatment, unsafe conditions, and wage theft, there was an air of confusion in the room. One student stressed that what we were describing was illegal, and should not be allowed to happen. While we agreed, of course, we stressed that this happens far too often, and it is still something that farmworkers struggle with in the current day. 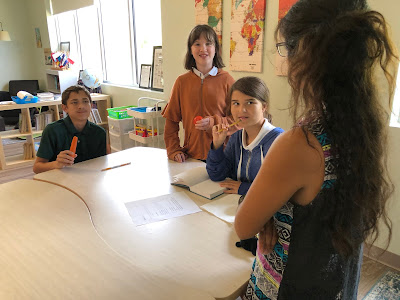 
After the video, Linda spoke with the students about her life in the muck and as a Lake Apopka farmworker. She told them about the harsh weather conditions that she faced, as well as the wage theft that happened often to her and other farmworkers. Linda also discussed the presence of environmental racism in her neighborhood, seen through the presence of toxic sites such as medical waste incinerators and landfills, all of which are located in areas that have homes, schools, and other public services. 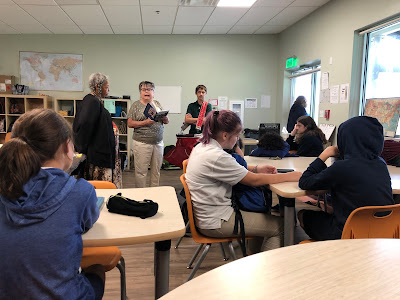 Linda then displayed her blue quilt from the Lake Apopka Farmworker Memorial Quilt project. The students listened as she explained different people and memories that are portrayed within the quilt squares to commemorate those who worked on Lake Apopka farms. 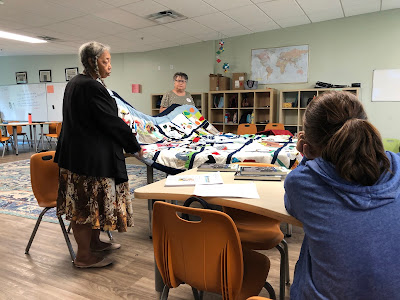