The National Memorial for Peace and Justice, and The Legacy Museum: from slavery to mass incarceration

"Education about the legacy of racial inequality, truth and reconciliation, is what leads to real solutions to contemporary problems." EJI. 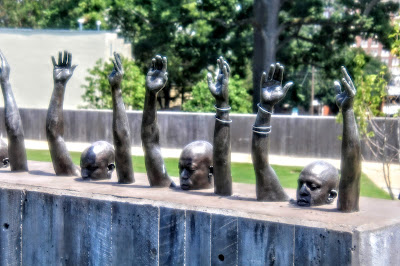 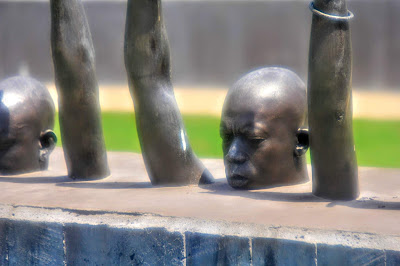 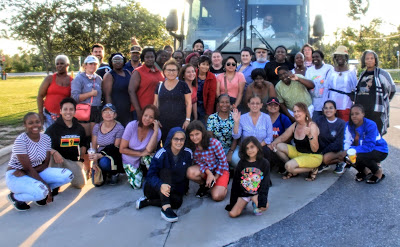 Together we were going to visit two physical spaces made by Equal Justice Initiative, which seeks to publicly confront the truth about our history, as a first step towards the recovery and reconciliation of our communities.
The National Memorial for Peace and Justice 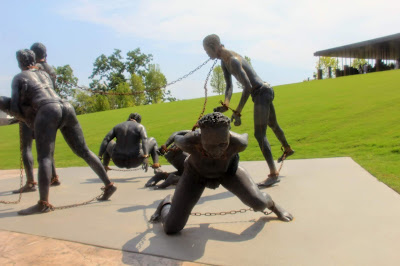 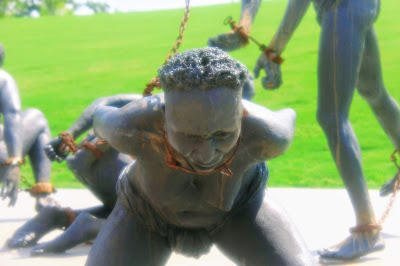 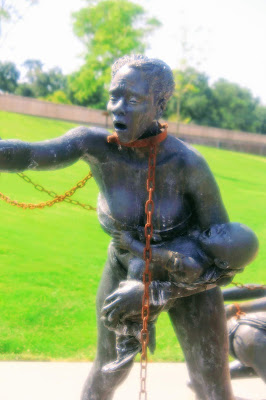 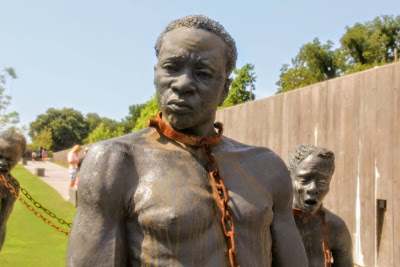 Kwame Akoto-Bamfo’s sculptures gave us a first image of slavery. Observing those faces and bodies, we began a tour of lynching and contextualized racial terror through texts, narrations, monuments, sculptures, art and design. 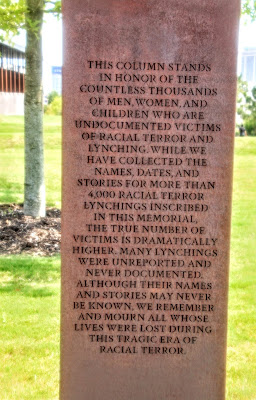 It was really really hot. From afar we observed 800 monuments that were shining with sunlight in a memorial square. These monuments symbolize thousands of victims of lynching, of racial terror; the names of lynching victims are engraved in the columns, as well as the counties and states where this terrorism took place. 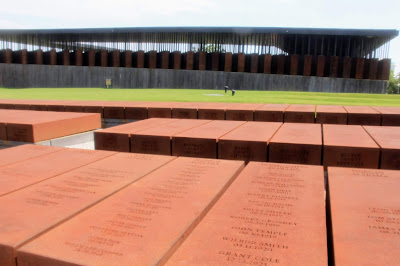 "The monument is more than a static monument", there is a space of identical monuments, waiting to be claimed in the counties they represent. Over time, the national monument will serve as a report on which parts of the country have faced the truth of this terror and which have not. 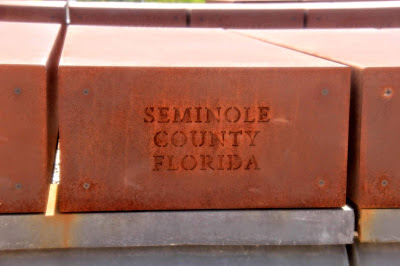 Lynchings of racial terror were violent and public acts of torture that traumatized black people across the country and were widely tolerated by state and federal officials. Lynchings were the center of a systematic campaign of perpetual terror to promote an unjust social order. They were not isolated hate crimes; lynchings were terrorism. 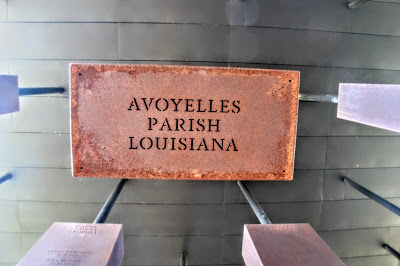 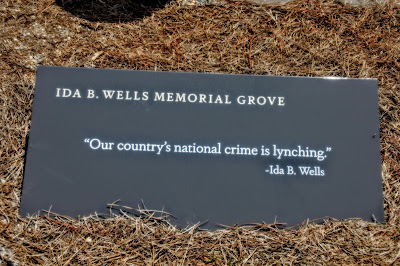 EJI documented more than 4,400 lynchings of black people in the United States between 1877 and 1950.

A sculpture by Dana King dedicated to all women who sustained the boycott of Montgomery buses, took us to the era of civil rights. And writings by Toni Morrison, Ida B. Wells and Dr. Martin Luther King Jr. took us deep into a history of racial injustice, resistance and resilience. 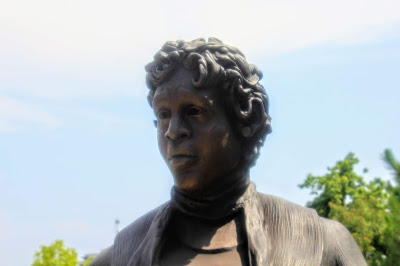 EJI, through the Community Remembrance Project, is inviting counties across the country to reclaim their monuments and recognize lynching victims, collecting land from sites where they occurred. Eventually, this process will change the built environment of the Deep South and beyond to more honestly reflect our history. 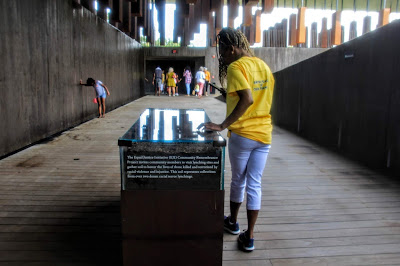 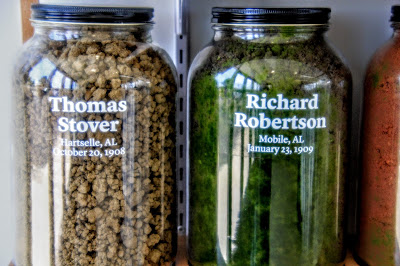 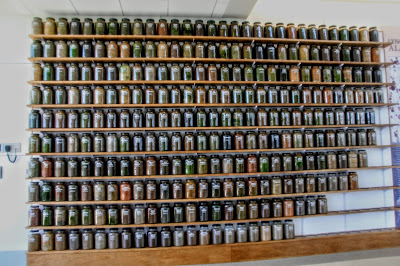 The Legacy Museum: from slavery to mass incarceration.


In 1860, Montgomery was the capital of the domestic slave trade in Alabama, one of the two largest slave states in America.


The Legacy Museum is located where once enslaved people were imprisoned, close to the Alabama dock and train station where tens of thousands of black people were trafficked during the 19th century. 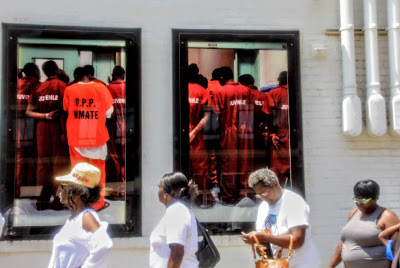 We couldn't take pictures inside the museum, and as Luckner said,”you need to come and see the museum to understand the experience”. But we were there and it was very real. The space used technology to dramatize slavery, the evolution of lynching of racial terror, legalized racial segregation and racial hierarchy in the United States. The materials explore the history of racial inequality, but also its relationship with contemporary issues, such as mass incarceration and police violence. 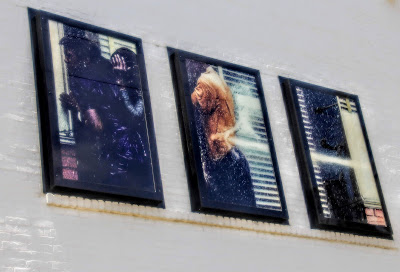 Back again with mixed feelings, Cheyenne reflected the importance of processing this information that seems hidden; information that is not told to us in the schools or in the media. It is clear that very little has been done to recognize the legacy of slavery, lynching and racial segregation, and that’s why people of color are disproportionately marginalized and disadvantaged in the present. 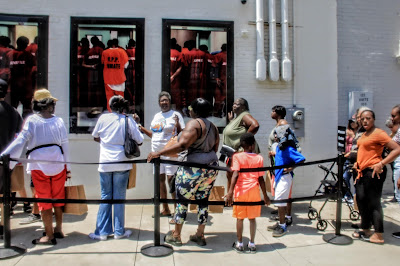 Ana, mentioned how in the same way, the true story of the genocide that was committed on native communities since the colonization and the oppressions in which these communities live to this day, is never told. 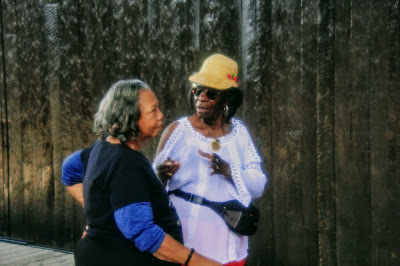 In a system dominated by white supremacy and its capitalist models of extraction and gentrification, it was very powerful to see Linda Lee, Mary Ann, Luckner, Leonor and Maria, organizers of the black and brown Apopka community, walking on a memorial that claims the voices of victims of a war of racial terror that has not ended yet. 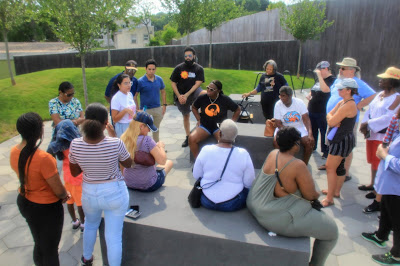 In the midst of the structural racism that is impregnated as a virus in our communities, it was very powerful to listen and exalt the fighting voices of black communities, who through our new generations such as Cheyanne, Cinnamon, Ana, Pootie, Duke and Squirt, keep demanding justice and reparation today. 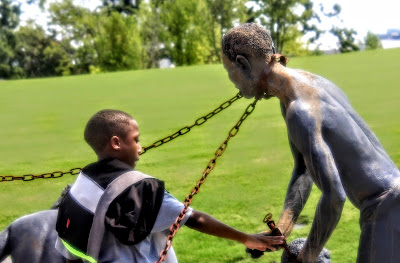 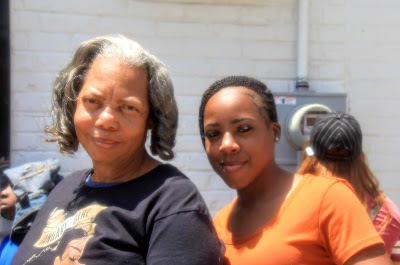 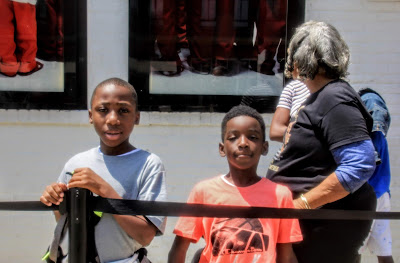 It is our duty to understand the history of racial injustice in America so we don’t perpetuate racism in our communities and in our social work.
Posted by FWAF at 5:18 PM