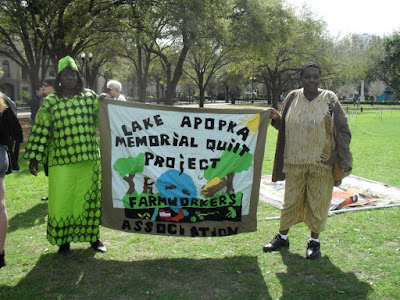 When we hear the word "farmworker," we often picture a person fleeing their war filled Central or South American country. We picture an undocumented person, facing wage theft and poor working conditions but too afraid to stand against their employer for fear of termination and deportation. But an article in Activist History, posits that we often confuse that U.S. history with the U.S. history of the original agriculturalists- the black farmworkers and their descendants. Postdoctoral Associate at the University of Florida, Diedre Houchen and Executive Director of the Black/Land Project, Mistinguette Smith illustrate the painful and harsh reality of seven former Lake Apopka farmworker women. Houchen and Smith state that,

"In 1941, the Florida legislature subsidized drainage and dikes to open nineteen thousand acres of rich lake-bottom land, known as muck, to local farmers. “Almost overnight”, those farms began shipping fruits and vegetables across the county. In the 1970s, the EPA noted phosphorus contamination of the lake and the surrounding farms. By the 1990s it was revealed that the muck farms, and the agricultural workers who tended them, had been exposed to persistent organic pollutants, including aerial sprays of DDT and Difocol." 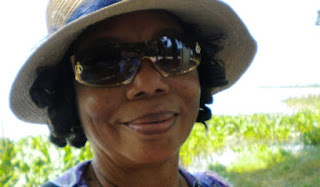 Studies and restoration efforts of the health of wildlife were conducted but not one penny was provided to the 2,500 farmworkers and their families whose health was affected by the harmful pesticide residue.  But, in her article, Dr. Houchen exposes a different side of the lives of the former Lake Apopka farmworkers. She uplifts the joy, agency, comraderie, sense of self and sense of strength, independence and pride in their work that the women described. The women recounted their 50 years of experience; the skills and quickness they needed in order to cultivate and harvest crops for their per-box payment. Linda Lee (photo on right), one of the women at the round table at the Farmworker Association where Professor Houchen listened to and recorded their stories, spoke of her finesse when plucking chickens; making sure she removed every single feather. The former farmworkers also recounted that in Lake Apopka, land ownership was far less important than obtaining the  extensive knowledge of how to cultivate, tend and harvest crops. When retelling the narrative of Black women in the agricultural environment, it is told by everyone but the Black women themselves. During the Jim Crow era, Black women's physical strength was viewed, as the article describes it, "mule-like; unskilled but persistent." But Black women saw the strength of women's bodies as a "source of power, pleasure and joy." To read the full article, click here.
Posted by FWAF at 8:18 AM