Knowledge is Power: Students Learn About Farmworkers and Lake Apopka

They had heard about it; they had read about.  But, it wasn’t until Sunday, September 16, that they actually saw it, and seeing is so much more powerful. 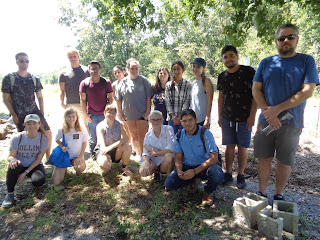 They were 15 students from Professor Leslie Poole’s Environmental Justice studies class at Rollins College who came to Apopka Sunday, September 16 to see for themselves what they had read about in a textbook.  Starting at the Farmworker Association of Florida office in Apopka, the class watched the video Out of the Muck.  The class learned about the environmental problems in Lake Apopka that plagued it for decades; fifty years of fertilizer and pesticide run-off from the North Shore farm lands had caused for the lake’s ecosystem to collapse, decimating the bass population, and leading to alligator reproductive anomalies and birth defects. It also caused one of the worst bird mortality incidents in the U.S.

With a deeper understanding of the issue and the realities of Lake Apopka: the group traveled out to the former farmlands, passing a farmworker labor camp, a Superfund site along Jones Avenue, the fields of Long & Scott Farms, and stopped at the old Farm land to hear more about the injustices farmworkers endured in their work and their housing.   Magnolia Park was the next stop on the Toxic Tour, where the group was able to eat their lunch alongside the murky and algae-covered lake after having passed miles of new housing developments that contribute their own residential pollutants to the struggling lake. 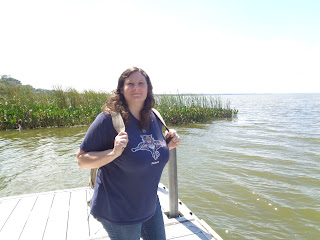 From there, the tour took the group past a large ornamental plant nursery where pesticides are regularly used.  They also passed two landfills, a medical waste incinerator, and an African American neighborhood that is sandwiched among them all.  Ending on an upbeat note, everyone visited the Apopka Campesinos’ Gardens to see the resistance work and solutions efforts of the FWAF community to empower farmworkers to work for health, sustainability, agroecology and food sovereignty.  Armed with this new knowledge, the students left for campus with ideas, thoughts and plans on how they contribute and make a positive difference in their communities. 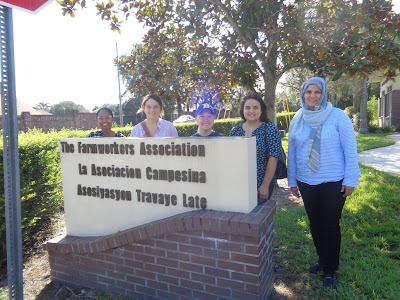 On Wednesday, September 19th, environmental law students from Professor Nadia Ahmed’s class at Barry University Law School visited FWAF to learn more about the work of the organization.  The students to watched Los Naranjeros and to learned about the realities farmworkers face- including the impacts of pesticide exposure on their health.  The group hopes to return later for a Lake Apopka Toxic Tour.