Tuesday April 24th, The Equal Justice Initiative and the Peace and Justice Institute of Valencia College held a community event at the Winter Park Women's Club.

"Aside from Florida history scholars, most Floridians have never heard of the Ocoee massacre of 1920, which was sparked when a black man attempted to vote." The Ocoee massacre was a white mob attack on African-American residents in northern Ocoee, Florida, which occurred on November 2, 1920, the day of the U.S. presidential election.This was just one attack out of the many racially motivated hate attacks recorded in Florida history.This event held at Valencia College,  included a short documentary, panel, and community discussion pertaining to the lynching and massacre that took place in Ocoee in 1920. Featured in the picture from our African American Leadership group is Linda Lee, former Lake Apopka Farmworker, who attended this educational event with FWAF staff.

Check out the Valencia's Peace & Justice Webpage, to find out more information on the remaining opportunity to experience this event on May 24th. 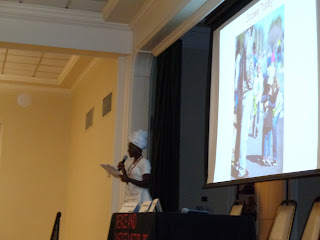 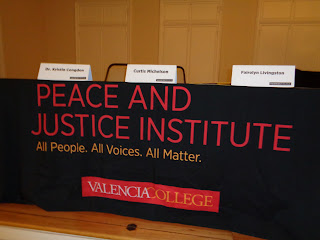