The students were all deeply moved by the stories.  One student commented that he was disappointed, not in the tour itself, but in learning about the injustices suffered by the people, and the silence around these issues among the general population.  He had expected a tour about the environment, and was surprised to learn about the lake’s environmental contamination’s impact on the people who harvested our food for decades. 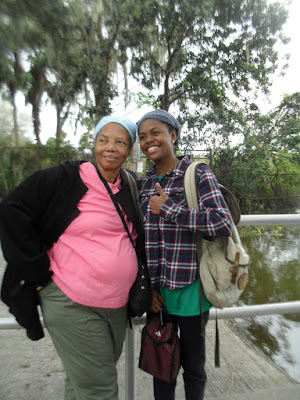 Adding interest to the Toxic Tour was one student’s class science project which involved collecting algae from three different locations in Central Florida to study the effects of algae under stress.  Her project entails looking at the oil that is secreted by the algae under stressful conditions as a potential biofuels source for the future.  Linda Lee saved the day by using a Palmetto frond to reach into Lake Apopka to pull a glob of algae close to the dock so that it could be collected in a special jar to be brought to the lab at the school for analysis.  We were all left wondering at the results of the science project and its implications for health and the environment. 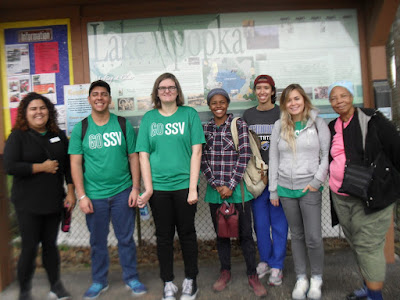