On Wednesday, May 10, Dale Finley Slongwhite, Betty Dubose, and Paul Jacob presented a discussion at Rollins College detailing the history of farming practices in Central Florida and its impact on farmworkers and the land. 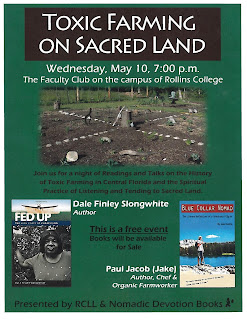 Betty Dubose represented the Farmworker Association of Florida.  She told her own story about working in the fields. She described the impact of farmwork on herself, her family, and her community. She explained how her face was burned by chemicals because of her exposure to pesticides. These chemicals also affected her family ~ several of her children were born with low birth weights. Also, she knew many women who had  miscarriages and families that had lost babies to "crib death." 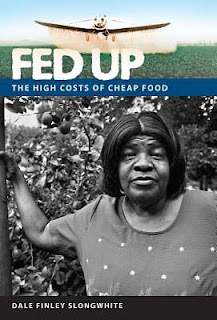 Slongwhite and Jacob read from books they have written and discussed together how farming in the Central Florida area has affected the land. Slongwhite is the author of Fed Up: The High Costs of Cheap Food. This book discusses the lives of farmworkers before and after changes in farmworking practices like the banning of DDT in 1972. Slongwhite recorded the stories of African American farmworkers ~ tales of health problems suspected to be due to the chemicals used in farming, and how these problems were ignored by the state and federal government. Slongwhite also discussed her own activism since writing the book, telling of her travels throughout Florida giving lectures to colleges, high schools, at conferences, and more. She explained how audience members could become active themselves to protect farmworkers and the land. 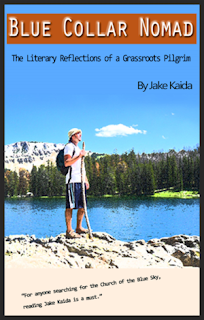 Paul Jacob, known as "Jake," is the author of Blue Collar Nomad: The Literary Reflections of a Grassroots Pilgrim. His book emphasizes the connection between people and land through telling the story of his many years spent traveling the United States, living off the land. He recalled  an experience on an island in British Columbia when he restored a grove of fruit trees by being perceptive to the spiritual connection between those trees and himself. Jake believes that every living being on Earth has a right to its own existence, and that humans are not at the top of any hierarchy. Humans, Jake asserts, should not take advantage of other beings by polluting and abusing the Earth with pesticides and chemicals.

The discussion at Rollins went very well, according to Slongwhite. The audience included 35 people and was active in asking questions. Both Slongwhite and Jake sold copies of their books ~ Jake also sold posters with 100% of the profits going to the Farmworker Association.

Together, Slongwhite, Dubose, and Jacob described the total effects of farming practices and the history of toxic farming in Central Florida. This history has been characterized by racism, prejudice, and uncaring treatment by agro-businesses of the land and its workers. The conversation at Rollins College worked to bring attention to this history and prevent, through awareness, the repetition of history.