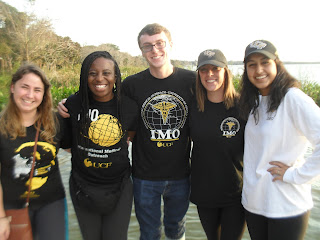 The Farmworker Association was so happy to host a group of students from the University of Central Florida for a weekend Immersion in our Apopka office. On January 21st, the students arrived at the office in the morning where they shared about the organization, IMO (International Medical Outreach) that they all belong to. The group organizes trips to Haiti and other countries around the globe to assist with and fund medical clinics in areas with limited access to healthcare. The group of students expressed interest in getting a better idea of the farmworker community right outside their university. 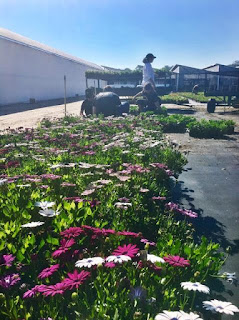 The students began their day working in a local nursery, organizing and transporting plants. Shortly into the work, students began to experience the physical toll farm labor brings, as well as environmental discomforts. The students did get a chance to speak with a few of the workers in the nursery and even began an English and Spanish vocabulary exchange while they were hoisting trays of plants.

The student group also participated in a “toxic tour” around Lake Apopka, and had the honor of meeting the one and only Linda Lee. The history of the farmworkers that worked on Lake Apopka muck farms is often forgotten, but came alive for this student group as they heard stories from Ms. Linda, former farmworker and lead Lake Apopka Farmworker Memorial Quilt maker. The toxic tour included sights of contamination and the students visited the places where farmworkers once lived before their jobs were pulled out from under them without notice when the farms closed in 1998. The group also stood on Lake Apopka’s shore and learned how the lake is tied to the history of exploitation and a lack of dignity for farmworkers and the need for systemic change in the agricultural system of the U.S. 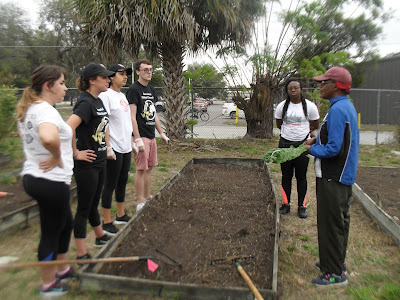 After a night of reflection and discussion and a conference room sleep over, the students approached their morning bent over vegetables in the Billie Dean community garden with a new understanding. The later part of the day was spent hiking on Lake Apopka North Shore Restoration Area Trail. We are so pleased to have had such an engaged group truly invested in learning about food justice and the farmworker community just a few miles from their university. A huge thank you for your thoughtful questions and for bringing new ideas, perspectives, and inspiration to us!