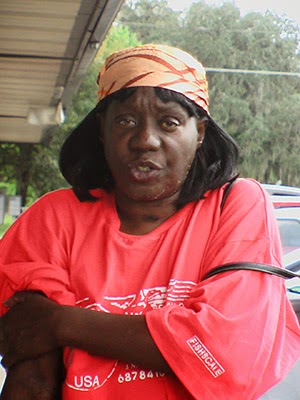 Cesar Chavez was born March 31, 1927 and on March 28, 2014 a fictionalized Hollywood film of his life was released country-wide.  During this period of celebration for Cesar Chavez and for National Farmworker Awareness Week, the Equal Voice Newspaper, published by the Marguerite Casey Foundation, a supporter of the Farmworker Association of Florida, celebrated 50 farmworkers  as Chavez Heroes.  One those selected was Geraldean Matthew, a former Lake Apopka farmworker and a continuing strong voice for farmworker rights.

Why this person is a Community Hero:


“Geraldean Matthew grew up an African American farmworker in the days when there were virtually no regulations to protect farmworkers from pesticide exposure, when the most toxic (now banned) pesticides were being used and in the days before the Civil Rights Act was passed. When she was young, she helped care for younger children while their families worked in the fields.
…


She is my role model and one of my heroes. She cares about her community and has been undaunted in working to make things better and not just for African Americans but for Hispanic and Haitian farmworkers. She has fought for immigration reform. She sees the bigger picture and works unselfishly to make positive change. That translates to her personal life, too, as she is always helping people, even at times when she cannot afford it.


Geraldean has not let the past make her bitter or hateful. She is one of the most amazing people I have ever met. I have learned so much from her. I hope to be more like her.”

Honored by: Jeannie Economos of Farmworker Association of Florida