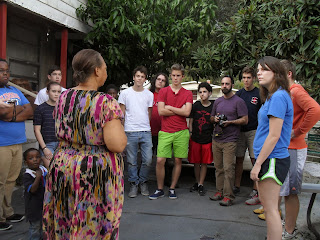 It was a secret!  A ‘mystery’ tour for a group of students - and the adult advisors - from United Church of Gainesville.  The students came to Central Florida on Friday, January 10th for an overnight trip, not knowing what was in store for their weekend excursion.  On trust, and expecting an interesting, but unknown, special experience, the students had committed to spend the weekend together to…..well, they did not know….which is what made the trip an unexpected and ‘spontaneous’ exciting event. 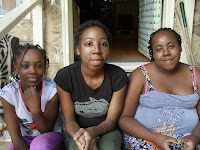 The surprise was revealed on Saturday afternoon, January 11th, when the students arrived at the offices of the Farmworker Association of Florida for a Lake Apopka Toxic Tour.  While some high school students might not think of this as a ‘fun’ thing to do on a weekend afternoon, this group of students was exceptional in their interest, insight, curiosity, critical thinking, and social justice sensitivity. 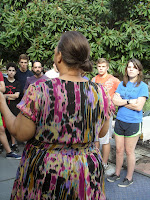 Viewing “Out of the Muck” at the FWAF Apopka office and learning about the environmental and farmworker history on Lake Apopka, the students then traveled to the former muck farms and to Lake Apopka itself and learned about the many interconnecting issues that link environmental and social justice.  The kinds of questions that the group asked were indicative of their probing minds and their knowledge.  A special moment was when they learned that their church denomination – the United Church of Christ – was instrumental in the foundation of the Environmental Justice movement. 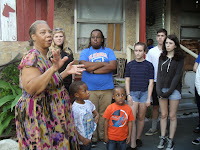 The highlight of the tour, though, came at the end, when the group stopped at the home of former Lake Apopka farmworker, Linda Lee, to hear first-hand her personal stories about growing up a farmworker and working on the vegetable fields of Lake Apopka.  The windy day, the drama of the Lake Apopka story, learning about issues of farmworkers, human trafficking, environmental degradation affecting human health, and more, all leant poignancy to the day…which still had more surprises in store, as the students placed themselves in the hands of the trip organizers who had more unrevealed plans for the ‘immersion’ weekend.] 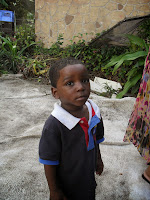 FWAF also wants to thank Amanda Hardeman of the Florida Department of State, Bureau of Historic Preservation, for joining the tour, as well, to see firsthand the farmland and community of the Lake Apopka area.